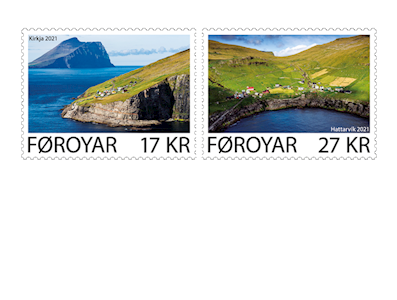 Fugloy, the Faroe Islands' easternmost island,  is divided in two settlements, each with their own identity.