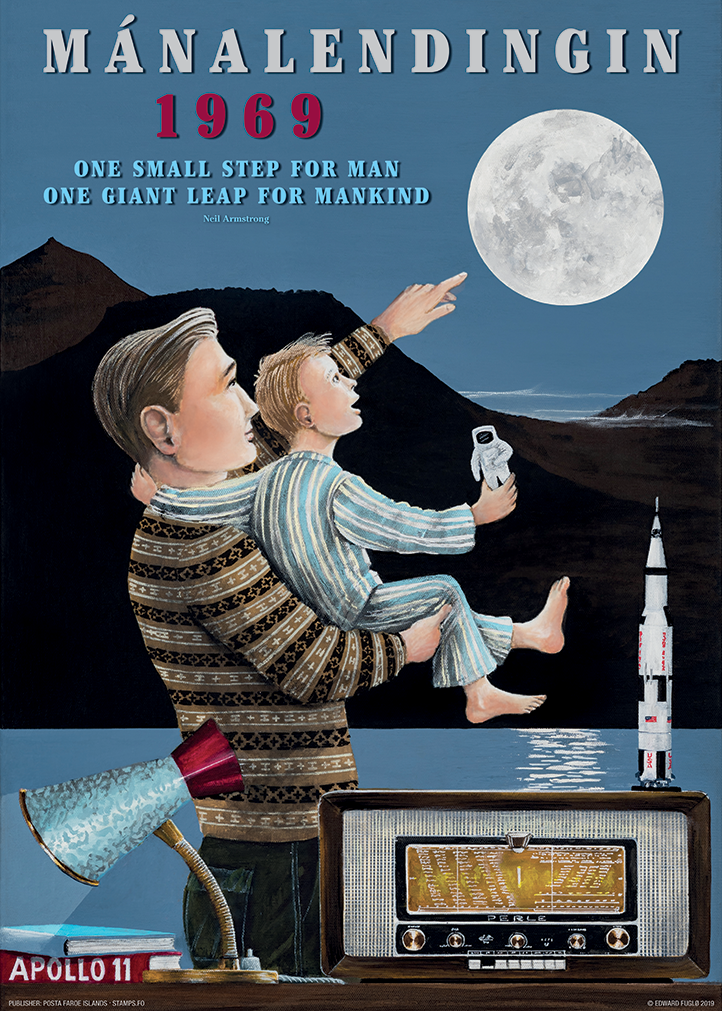 Poster commemorating the 50th anniversary of the Moon Landing.

DKK 195,00
€26,10
Add to cart
-
0
+
The poster is printed on quality paper and the size is 50 x 70 cm. The painting was originally made by Edward Fuglø for the stamp issue commemorating the 50th anniversary of the Moon Landing.
Far away from Houston and far below the Moon, in the town of Klaksvík in the Northern Isles, it was bedtime for four-year-old Edward Fuglø. He had noticed the growing excitement of the adults and heard the radio reports throughout the day and evening. Although he did not fully understand what all the fuss preoccupying the grown-ups was about, he knew something big was happening. Suddenly it seemed that the excitement abated and his father, Jens, took the little one in his arms, walked over to a window and pointed up to the sky telling him about the men who at that very moment had landed on the Moon.
This became one of artist Edward Fugløs's first childhood memories - and 50 years after the event took place, he has illustrated that magic moment on Posta's Anniversary stamp featuring Apollo 11's historic journey to the Moon and Armstrong’s and Aldrin's visit to this faithful companion of planet Earth.
Available formats