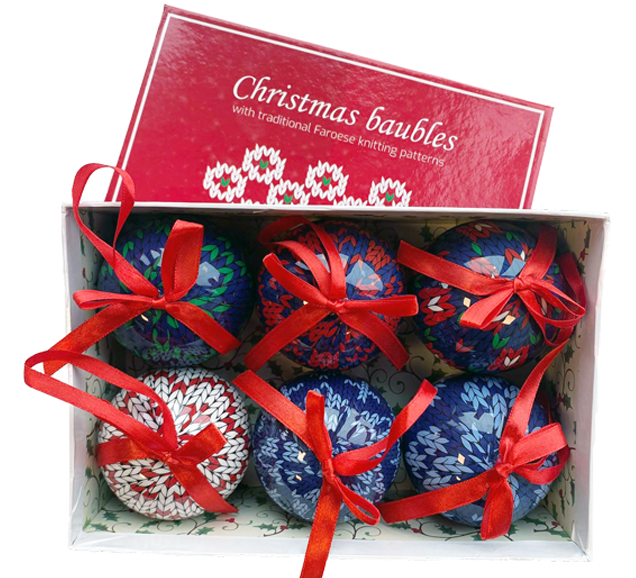 The Christmas baubles are produced in papier mâché. They measure 70 mm. The baubles come in a quality gift box of our own design. The baubles have a red ribbon and are ready to hang straight onto the Christmas tree.